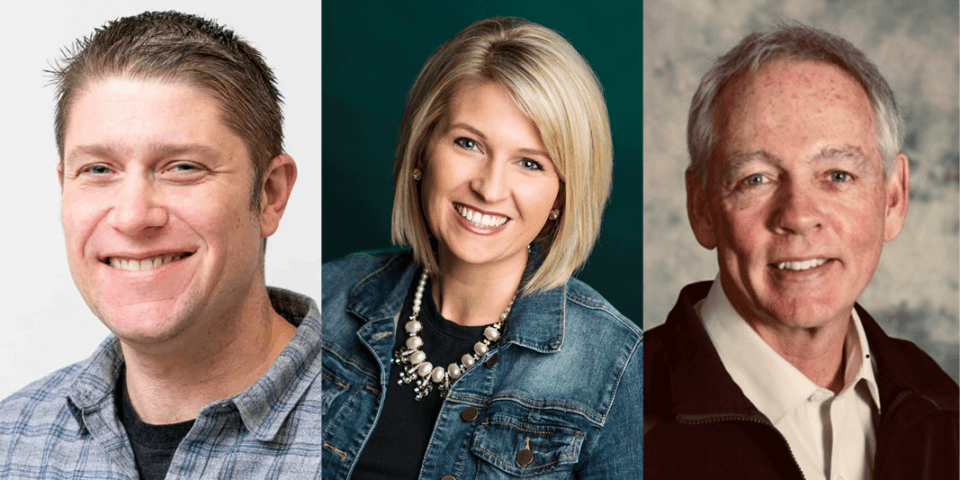 Emerging Prairie, whose mission is to connect and celebrate the region’s entrepreneurial ecosystem, has created a Board of Directors for the Grand Farm Initiative. The three Board members that will help lead this exciting, innovative venture are:

MIKE DERHEIM – BOARD CHAIR
Derheim is a lifelong entrepreneur (starting his first company at the age of 15) and has co-founded and operated companies across a variety of industries. In 2003, Derheim co-founded a digital consultancy called The Nerdery which went on to make Inc. Magazine’s list of “5000 fastest-growing private companies.”

In 2014, Derheim co-founded Prime Digital Academy, a school for software engineers and UX designers. Prime has gone on to become part of The White House’s “Tech Hire Initiative”. Derheim also made Minneapolis St. Paul Business Journal “40 Under 40” list in 2012, was honored as a “Minnesotan on the Move” in 2012 by Minneapolis Finance & Commerce, and also named to Minnesota Business Magazine’s “The (Real) Power 50” list in 2013. Derheim has also been a featured TEDx speaker. He is a native of Minot, ND, and also sits on the Board of Emerging Prairie.

TAYA SPELHAUG – BOARD MEMBER
Spelhuag is the Microsoft TechSpark Manager for North Dakota. Her primary focus is to build out Microsoft Philanthropies’ initiative, TechSpark, which is a civic program aimed at fostering greater economic opportunity and job creation through partnership with rural and smaller metropolitan communities across the US and to expand the great synergies between the company and community. Before her role at Microsoft, she was a Resource Development Manager for the United Way of Cass-Clay and in various roles at North Dakota State College of Science for over seven years. Taya grew up on a farm outside of Kindred, North Dakota. She attended North Dakota State University and graduated with a BS in Psychology and an MS in Mental Health Counseling.

JAY SCHULER – BOARD MEMBER
Schuler joins the Grand Farm Board, bringing with him a successful and diverse ag-centric career. Founder/Cofounder of 15 different companies, Schuler has been involved or led many area leaders in agriculture, including SIGCO Research; Dakota Gourmet; GIANT Sunflowers; Richland Organics; Blue Corn Company; SEEDS 2000 and Ag America—as well as serving as Governor Burgum’s North Dakota State Commerce Commissioner. Schuler has a passion for growing business and helping aspiring entrepreneurs. He has two sons and a daughter currently working in similar businesses.

Grand Farm Director Brian Carroll is optimistic about Grand Farm’s future. “Mike, Taya, and Jay bring to Grand Farm great experience, know-how, and connections. Their combined abilities will allow Grand Farm to develop the right strategy, raise capital, and drive deep engagements with growers, partners, legislators, and other key stakeholders. They will play a key role in helping the Board evolve and grow.”

WHAT IS THE GRAND FARM INITIATIVE?
The Grand Farm Initiative, powered by Emerging Prairie, capitalizes on the region’s potential and expertise in the agriculture and technology industries. The Grand Farm Initiative will accelerate the research and innovation into technology which will be present on the farm of the future – impacting North Dakota, the United States, and the world by solving challenges in the agriculture industry and developing new opportunities.

The Grand Farm Initiative is designed to inspire collaboration among businesses, organizations, and researchers to develop the future farm–which we believe will solve issues critical to current and future farmers worldwide. Currently, there are 29 active projects located in Cass County, North Dakota with plans to build an innovation and education center by 2023. Learn more about Grand Farm at www.grandfarm.com.