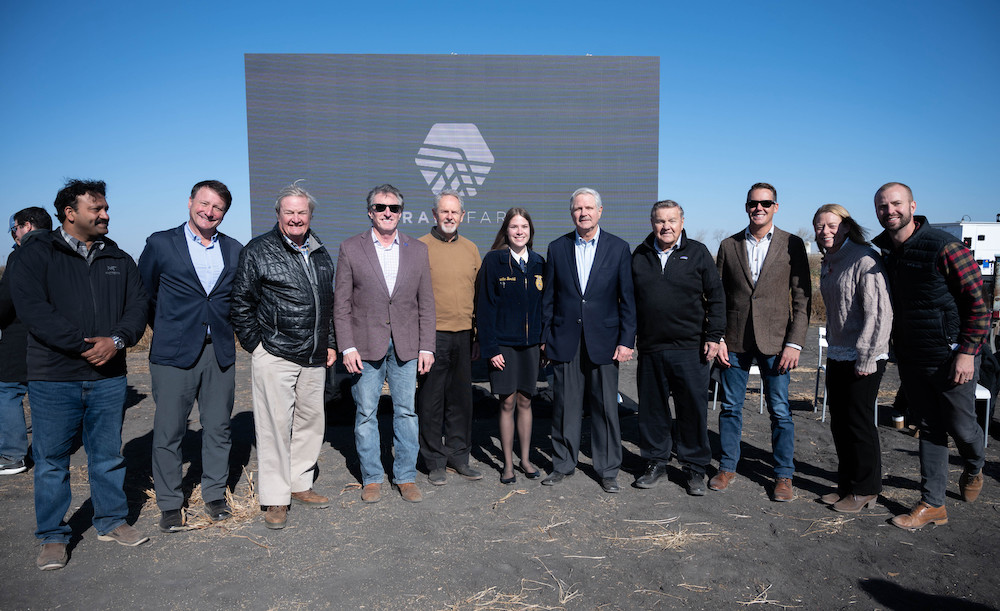 Leaders and community members were on hand 20 miles west of Fargo near Casselton, North Dakota, today as ground was officially broken on the 140 acre site of Grand Farm’s Innovation Facility.

Grand Farm, an organization that facilitates agriculture technology collaboration and research, will utilize the new facility to bring together researchers, growers, industry, startups, and government to ideate and execute on innovations to solve some of the world’s largest challenges in agriculture. The facility will provide expanded acreage for the deployment of agriculture technology projects, rapid prototyping capabilities, and increased research and educational capacity.

“Today’s groundbreaking is the culmination of five years of hard work that began with a vision to continue the Fargo-Moorhead region’s strong history in agriculture innovation,” said Brian Carroll, Director of Grand Farm “We couldn’t be more excited to get underway as we turn our vision into reality near Casselton.”

In 2019, U.S. Secretary of Agriculture Sonny Perdue helped cut the ribbon on Grand Farm’s current test site just south of Fargo, ND, and Microsoft pledged $1.5 Million as the first partner.  Since then, Grand Farm has deployed over 350 agriculture technology projects and has worked with over 55 partners and organizations including Doosan Bobcat, Land O’Lakes, and American Crystal Sugar Company. And earlier this year, U.S. Sen. John Hoeven announced a $1 Million federal appropriation to develop a partnership between Grand Farm, North Dakota State University, and the U.S. Department of Agriculture’s Agricultural Research Service.

“Grand Farm is bringing together leading organizations and institutions in our state and around the country to develop and implement the next generation of precision agriculture,” said Senator Hoeven. “That’s why we put together and funded the cooperative agreement between Emerging Prairie, NDSU and ARS to enhance precision ag research at Grand Farm. By building upon the intersection of agriculture and technology, North Dakota will be positioned to realize new opportunities for investment and job growth for years to come.”

In February of 2022, Grand Farm was awarded a $10 Million matching grant by the North Dakota Legislature and North Dakota Department of Commerce to be used towards the building of the Innovation Facility. North Dakota Governor Doug Burgum, who included the funding as a piece of his Accelerate ND plan, helped break ground earlier today.

“North Dakota continues to be an innovative leader in ag technology. Today’s groundbreaking marks a milestone for Grand Farm’s private-public partnership, which will have a significant impact on our region and the acceleration of innovation in autonomous agriculture,” Burgum said. “Every major step in proving the Grand Farm concept and commercializing this technology keeps North Dakota on the cutting edge of autonomous agriculture and increases the potential for this technology to improve productivity for farmers and help address our state’s workforce challenge through automation. We’re grateful for all of the private and public partners who continue to drive this important initiative.” 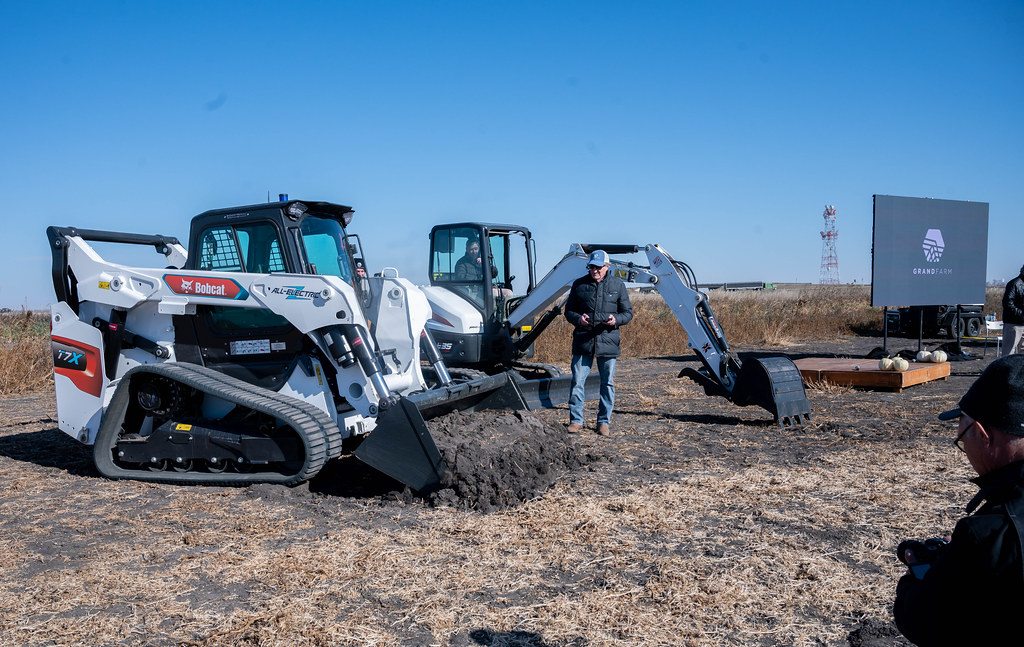 “Legislators from around North Dakota believe this initiative will benefit the entire state and region, and that it will ensure we stay at the forefront of agriculture innovation,” said state Rep. Don Vigesaa (R-Cooperstown).

“The Red River Valley corridor has a unique opportunity to continue being a leader, not only in unmanned aviation, but also by driving autonomous innovation with the farm of the future at Grand Farm,” said state Sen. Scott Meyer (R-Grand Forks). “Grand Sky and Grand Farm will help diversify our state’s economy with the next generation of innovators and entrepreneurs who develop, test, demonstrate and commercialize technologies of the future. The North Dakota legislature has a good history of investing in infrastructure, and emerging ventures that keep North Dakota as industry leaders.”

Today marks the beginning of infrastructure construction on the site with further structural work expected to continue in the spring. Agriculture technology projects will begin deploying onsite in spring 2023.

Additional photos from the groundbreaking can be found here.