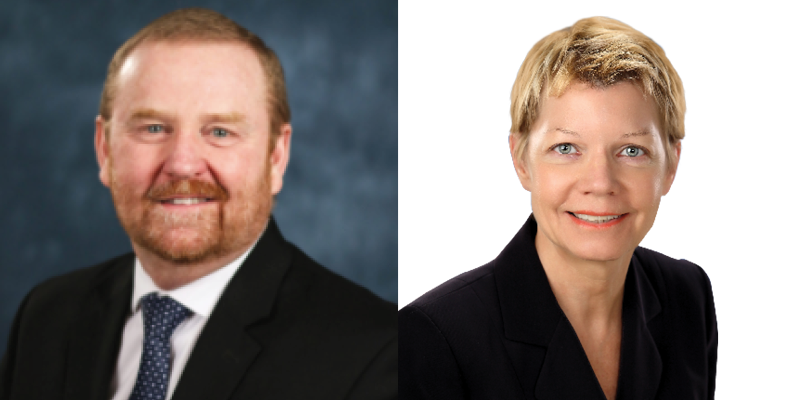 Grand Farm, led by Emerging Prairie, has added to its board of directors, welcoming Representative Cynthia Schreiber-Beck and Mark Watne to help guide the future of agtech.

Cynthia Schreiber-Beck is a North Dakota State Representative, whose service has included four sessions as a member of the Agriculture and Education Committees. Schreiber-Beck grew up on a family farm near Foxhome, Minnesota. Her diverse career experiences include working as a professional speech & language pathologist inside the public school system, spending twenty years co-operating an agricultural aviation business (Tri-State Aviation), and her current role with Ellingson Companies--working inside their water management division. She also served on the ND Airspace Integration Team that was tasked to bring a UAS (Unmanned Aircraft Systems) test site to North Dakota. Those efforts became the Northern Plains UAS Test Site, located in Grand Forks.

Schreiber-Beck remains Executive Director of the North Dakota Agricultural Aviation Association, and is involved in groups and organizations dedicated to giving back to their communities. She currently lives in rural Richland County.

“I see serving on the Grand Farm board as an avenue to be part of promoting financially-sound technological advances that will help farmers and ranchers sustain their operations and provide abundant food and energy for the world.” Watne has a long history of Farmers Union involvement, first as a youth and young producer farming at Velva. In 1990, he was elected to the NDFU State Board of Directors. He served for six years and was also treasurer. In 1996, Watne began a 15-year-career in Jamestown at the Farmers Union headquarters as a development specialist, agricultural strategist and staff executive director. Watne has led the development of the organization’s farmer-owned restaurants and other innovative ideas.

Watne also serves on the board of directors for the National Farmers Union and Farmers Union Enterprises. In 2018, he was appointed to USDA’s Grain Inspection Advisory Committee for the Federal Grain Inspection Service. Watne has been a board chairman for the Quentin Burdick Center for Cooperatives (located at North Dakota State University) and is currently a board member for First Community Credit Union, Jamestown.

He continues to farm and resides in Jamestown with his wife, Michelle. They have three grown children and a granddaughter.

Grand Farm’s goal is a 100-partner network for 2021. New partners include:

RealmFive. Lincoln, Nebraska’s Realmfive began in 2015. With a combined experience of 100+ years in agriculture, their team dove headfirst into creating the most reliable device-to-cloud platform built specifically for agriculture. The result of their work is the award-winning RealmFive Connectivity PlatformTM, a simple yet powerful system to connect data and information from all corners of your operation to the cloud. Purpose-built for agriculture to provide decision-making insights in agronomy, livestock, irrigation, and inventory management.

Grand Farm aims to capitalize on the region’s potential in the agriculture and technology industries. The Grand Farm Test Site will create the farm of the future by 2025 as the global example in solving challenges to farming worldwide, while unleashing vast new potential for technology for the greater good. It will do so by growing and inspiring regional businesses, organizations and entrepreneurs to collaborate globally in developing technological and human solutions for farming in a new era.