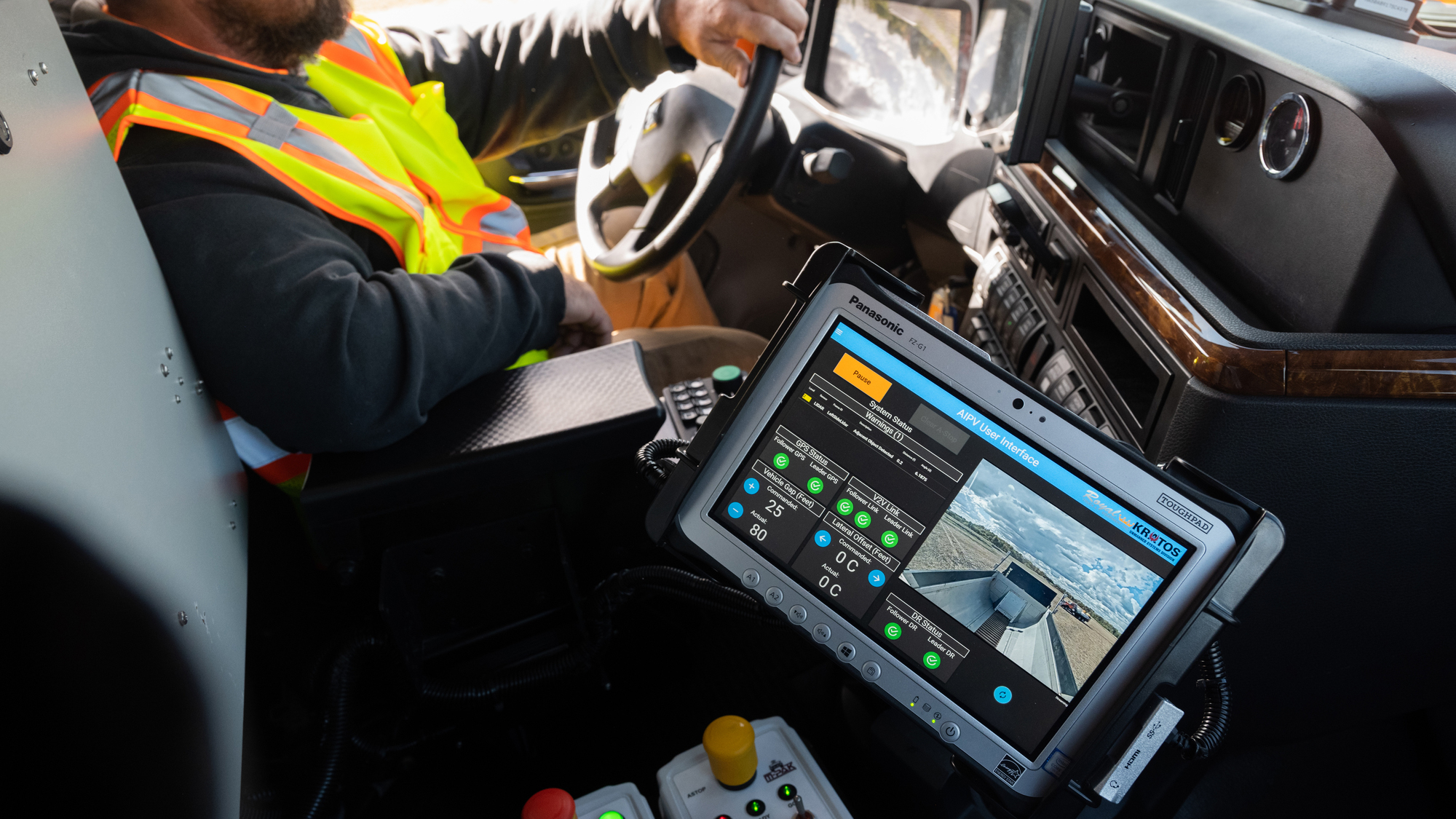 “This is a great day for North Dakota to showcase its commitment to innovation,” said NDDOT Director Bill Panos. “This technology is one more tool that we will have available to enhance the safety of work zones in our state.”

To illustrate the importance of this truck, last year, there were 261 work zone related crashes on North Dakota highways, which resulted in 64 injuries and two fatalities. The upgrade was made possible by a $241,687 grant from the Federal Highway Administration through its Accelerated Innovation Deployment (AID) program this past January.

Later on that morning, Grand Farm hosted an Innovation Day on Autonomous Systems Policy. The objective of the event was to connect the autonomous industry and the policymakers in order to make North Dakota the most autonomous-friendly event and featured four different panels.